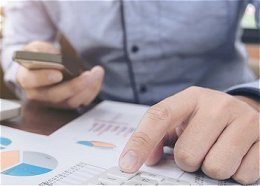 Traditionally for technology investments, CFOs preferred capital expenditures (CAPEX) over operating expenses (OPEX) because they could take advantage of amortization and depreciation of those investments over an extended period of time.

The growing role of OPEX in IT spending

Operating expenses are generally stable and used for the day-to-day costs of running a business. While you may still be reluctant to move much of your IT spending to the cloud and external providers, technology developments are occurring fast, which is driving financial officers to shift technology from capital expenditures to operational spending.

Technology as an operating expense allows you to:

Some technology was meant to be an operating expense

When you decide to move Voice and IT infrastructure to the cloud, additional benefits are immediately felt. You no longer need to dedicate the same resources, time and space for the hardware and software. Processes are automated and standardized, improving efficiencies. Services, features and options can be purchased as needed and used on demand, so you aren’t paying for underutilized components.

The cloud offers a path for growth, saving you money through economy of scale. Let CTS run the numbers as you evaluate pay-as-you-go cloud services for your business. Contact us today: 800.787.4848 or jnolte@ctsmd.us.