Despite Security Concerns, Enterprise Cloud Adoption Not Slowing Down 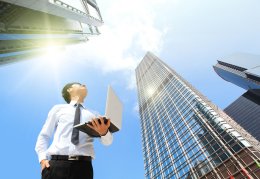 Reliability and business continuity are driving the demand for cloud adoption among businesses, despite lingering concerns about security, a recent survey has found.

Among cloud services, Infrastructure as a Service (IaaS) is the primary motivator to make the move, but virtual desktops and Desktops as a Service (DaaS) are also factors, as they support an increasingly mobile workforce.

One-third of IT decision makers surveyed said they have already migrated between 50 and 70% of their IT infrastructure to the cloud. Nearly two-thirds identified private cloud as one of their top priorities in 2015.

Almost all those surveyed said they had some level of concern about the security of data in the cloud, but this has not slowed growth. Reasons include the increasing number and sophistication of cloud offerings, combined with evolving best practices.

Considering cloud-based voice or data? Invite Chesapeake to your planning table. Contact us today at: (800) 787-4848 or jnolte@CTSmd.us.